Less Freedom without Press Freedom – Perspectives from Poland and Hungary 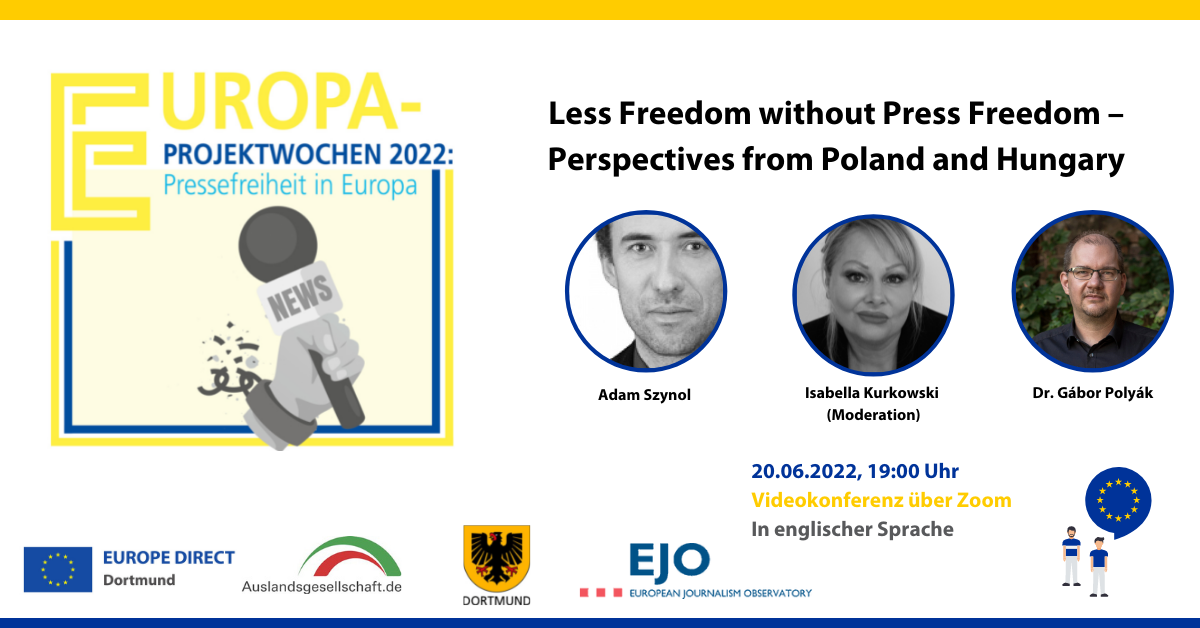 Freedom of the press is a great good and one of the fundamental freedoms in the European Union. In some countries of the Union, the situation of journalists is deteriorating. In Poland and Hungary in particular, worrying developments have been observed in recent years.

In Poland, for example, a controversial media law was passed last year that restricts broadcasting licences for foreign media. Critics see the new law as a violation of the principle of media freedom. The influence of state-owned or party-affiliated companies on the country’s media has also been criticised for several years.

In Hungary, on the other hand, the entire media system has changed fundamentally in the past 10 years. Public broadcasting and Hungary’s only news agency, MTI, have been centralised in a state media corporation. Almost 500 pro-government media outlets have been merged into a holding company with centrally coordinated reporting, according to Reporters Without Borders. Critics say there is hardly any reporting left without state influence.

This is what we want to talk about directly with media scholars from Poland an Hungary. How do they assess the situation in their countries? Can journalists still work freely there? How will the situation develop further?

Adam Szynol is a senior lecturer in the Institute of Journalism and Social Communication at the University of Wroclaw. His main research field is the regional daily press in Poland.

Isabella Kurkowski is an international media development expert and lecturer at the Erich Brost Institute for International Journalism of the Technical University Dortmund, Germany.

The Discussion will be held via zoom video conference.