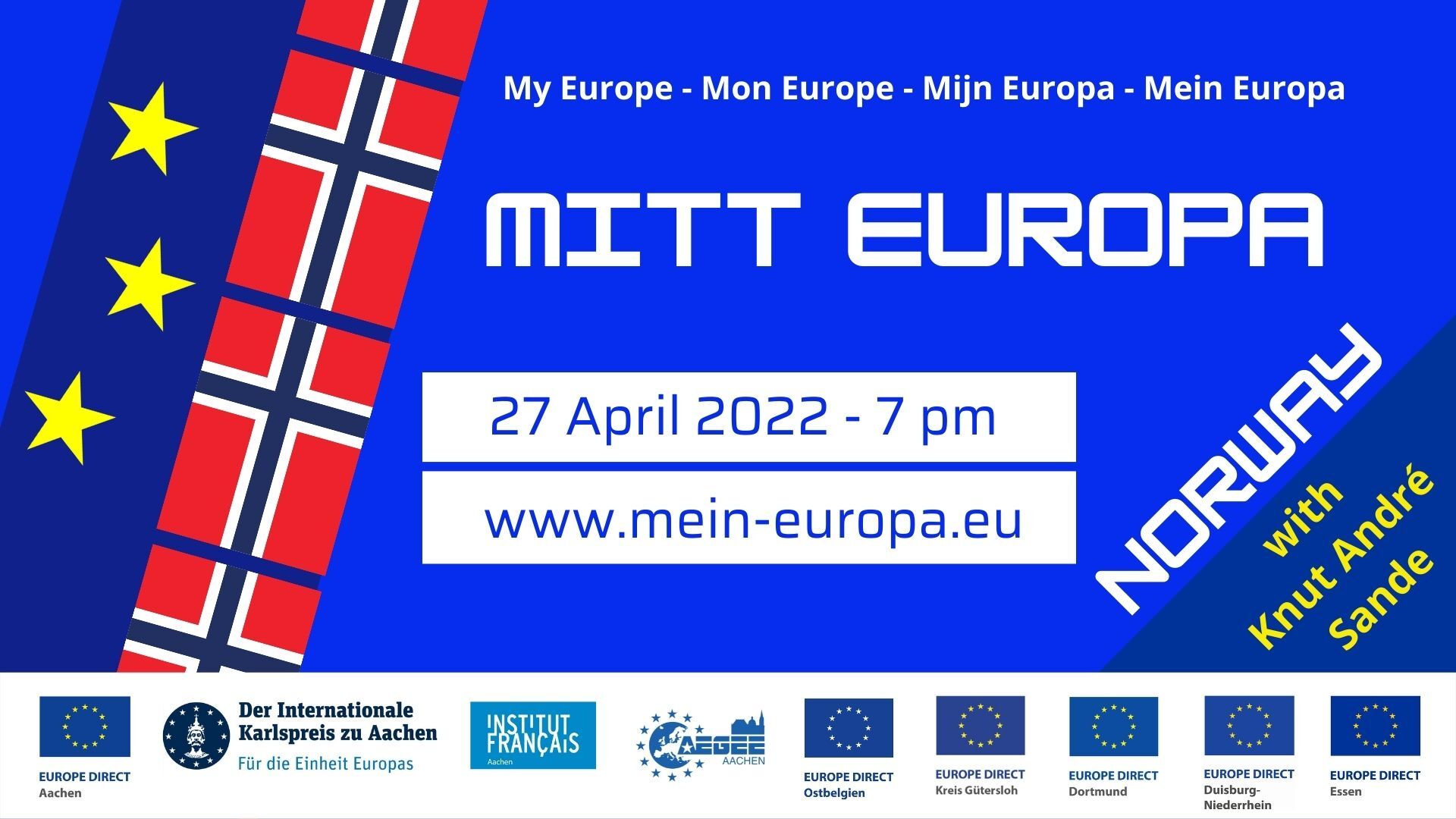 ‘My Europe’ is an interactive digital series of events that invites its guests to discover Europe.
How does it work? It’s simple: We talk to young people from various countries about Europe and their personal topics of interest. The topics are as diverse as the speakers and can range from current political and social developments through culture and science to one’s own commitment to greater tolerance or solidarity. In addition to the given topic, all participants can also vote live on other topics and ask questions on the evening itself.

Knut André Sande is a truly European Norwegian. He was active for several years in the Norwegian pro-European youth association “Europeisk Ungdom”, which campaigns for a united Europe. At the moment he is board member of their European organization, JEF Europe.

Norway is not a member of the European Union. Norwegians rejected accession in 1972 and 1994 in referendums. Nevertheless, the country is very closely linked to the EU not only because of its geographical location, but also through its membership in of the European Free Trade Association (EFTA), and its participation in the Schengen area.

How does Knut see the relationship between Norway and the EU developing? Should Norway become an EU member after all? Besides that, Knut will give us some insights about the “Norwegian Way of Life” and the country’s peculiarities.

The series of events is free of charge and is organized by a large network: AEGEE Aachen, Institut Français Aachen, JEF NRW, Karlspreisstiftung, Karlspreis Academy, and the EUROPE DIRECT centres from Ostbelgien, Kreis Gütersloh, Dortmund, Duisburg, Essen and Aachen.